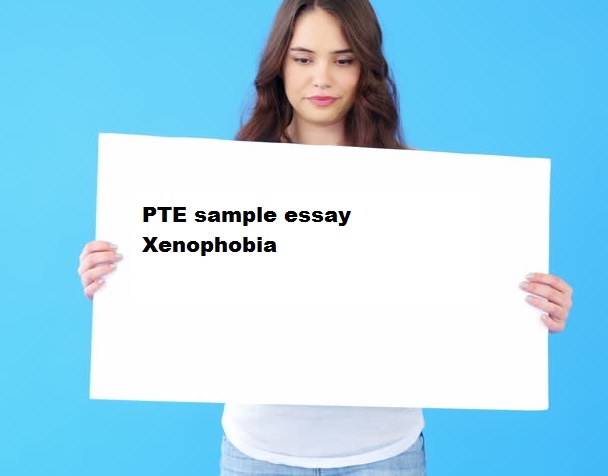 Xenophobia has accelerated rapidly in the Western countries. According to you what solutions can be proposed by the government and individuals?

Xenophobia is the mental condition in which a person has a strong aversion from strangers or foreigners and this sometimes results in violence. In many countries, racism and xenophobia are buried in the deep valley, but recently the number of such incidents have risen in western countries in the form of hate crime.In my opinion, both government and individuals should work together to curb Xenophobia.

The ideas of xenophobia have become so deeply ingrained in many people’s minds, making it a challenge to completely eliminate these harmful doctrines, however. Children, who are inclined to imitate whatever the acts of their parents, are likely to internalize or adopt a system of spurious beliefs if their parents’ faiths are erroneous, thus they grow up with racial stereotypes thereafter. Nevertheless, I believe that problems arising from xenophobia and racism can be and will be resolved eventually, as South African president Nelson Mandela had declared: “No one is born hating another person because of the color of his skin, or his background, or his religion. People must learn to hate, and if they can learn to hate, they can be taught to love, for love comes more naturally to the human heart than its opposite.” If racist and xenophobic attitudes are alterable, then it is our duty to proactively annihilate them by openly addressing and discussing the issues emerged so that further incidents can be prevented, and by spreading the message of love, peace, and universal brotherhood, rather than hatred and hostility.

On the other hand, the government should organize awareness programs and educate its citizens about different cultures, races, and ethnicity.Secondly, government can encourage student-exchange programs where students from one country/race/community would shift to a different environment and for a temporary period would accept the difference.This would make the people sensitive towards the desires of each other and broaden the thinking. The government can also introduce more awards like Nobel Peace Prize that can motivate people to work towards unity and not hatred.

Moreover, people should travel around the world, discovering new cultures and new people from the different country so that they judge the people from their real characteristics, rather than just judge all the people of a country in the same way.Xenophobia now is a tough war to beat but together we all can make a difference and make our world a happy place.